Of Election, Crimewatch, Passchendaele and Surplus

I am sure that many of you were waiting for the final count of the special votes and are left wondering what will happen after that.

While the negotiations for the 52nd Parliament continue, it is great to see that there is lots happening closer to home and in Papakura it seems particularly busy.
I recently attended the Papakura Community Crimewatch Patrol’s AGM and gave a speech as their patron.

The 70 or so Crimewatch patrollers do a great job and they have recently been recruited to provide volunteers to monitor the CCTV cameras in the Papakura Police station. The general volunteering includes foot patrols in Papakura CBD as well as car patrols around the whole area and watching crime sites like stolen cars until a tow truck arrives to collect them.

Patrollers are made aware of current crime trends and so they look out for the people doing new dangerous activities like throwing rocks from motorway bridges as well as more routine patrolling.

Another active organisation in Papakura is the Papakura RSA that is starting a major online and marketing campaign in 2017 using a kiwi-owned web design company. The RSA is looking for businesses and organisations to participate in the website with their sponsored logos being featured on it. The logos will be clickable so they can redirect traffic to the organisation’s own website.

Originally the RSA was set up to provide a place for people returning from war to meet and remain in contact with each other but now the meeting space is extended to the whole community. It is a family space for socialising, playing sports, meeting and celebrating. So the new website will make the RSA and its organisation more accessible and up to date for the whole community.

Other RSA’s in Auckland have already got their websites established so you can see what the Papakura RSA’s might look like if you go to www.birkenheadrsa.com or www.newlynnrsa.org.nz/key-partners

Commemorations of Passchendaele were held in New Zealand and Belgium last week marking one of the worst disasters in New Zealand’s history, when 843 men died on the battlefield on October 12, 1917.

It was a part of the Third Battle of Ypres in which New Zealand lost nearly 2000 men all told.

The ceremony of commemoration at Pukeahu National War Memorial Park on October 12, 2017 was followed by the unveiling of a memorial gifted by the Belgian Government and finally the Last Post was held at the Tomb of the Unknown Warrior.

In Belgium, the date was marked by a ceremony at Tyne Cot Cemetery near Zonnebeke with Prince William representing the Queen and Nick Smith and David Carter representing New Zealand.

There are 520 New Zealanders buried at Tyne Cot and more are listed on the Memorial to the Missing among the thousands who died in the area 100 years ago but have no known grave.

The Passchendaele Society and supporters have worked to have a Centennial and Memorial Garden in Belgium built and at this year’s 100 years commemorations it was opened as part of the commemorations that ended with a concluding ceremony at Buttes New British Cemetery. There are 95 New Zealanders buried there and 388 New Zealanders are named on the Memorial to the Missing.

The National government prior to polling on September 23, 2017, and helped by New Zealanders’ willingness to work hard, has achieved a third fiscal surplus with Crown Accounts showing an (OBEGAL) surplus of $4.1 billion that is $2.2 billion stronger than last year.

There has been a 12.3% growth in company tax in the last year, a 7.1% growth in GST and a 7.4% growth in personal income tax, due largely to the confidence and growth of New Zealand companies and job growth.

New Zealand’s net debt has dropped by $2.4 billion from last year down to $59.5 billion which is really positive.

Let us hope that New Zealanders will continue to prosper under the new Government. 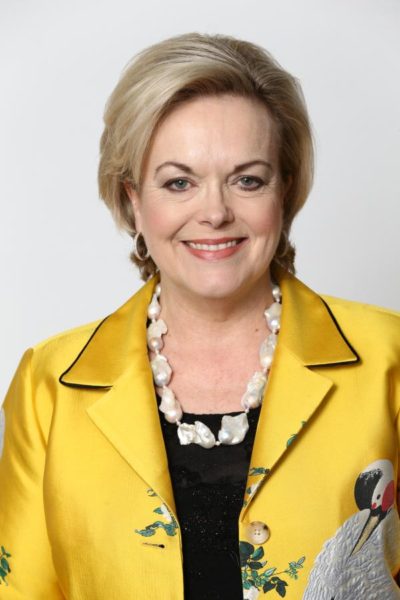