The master of Odissi brings home the power of Kundalini

You would expect an expert with doctorates in Mathematics and Oceanography to pursue either of those professions (or arguably both) but Dr Sam (Ghulla) Goraya works for the telecommunication industry in Melbourne, Australia and is increasingly known around the world as one of the most innovative Odissi dancers of the century.

In a world that is getting increasingly materialistic, Dr Goraya is not only soft-spoken but also self-effacing, devoting his entire energy to bring about the positive elements of the body, mind and soul, and achieving the impossible- a combination of the three.

As we wrote this, Dr Goraya was in India, preparing for one of his biggest shows, which like all his other events, would be well-researched, choreographed and presented.

Produced under the artistic direction of Guru Bichitrananda Swain, Dr Goraya will be joined by Santosh Ram and Samir Panigrahi, two other acclaimed Odissi dancers.

Ancient Hindu scripts describe Kundalini as a form of divine energy, believed to be located at the base of the spine in the human body (known as ‘Muladhara.’)

It is an important concept in ‘Shaiva Tantra,’ where Kundalini is believed to be a force or power associated with the divine feminine.

This energy, when cultivated and awakened through tantric practice, is believed to lead to spiritual liberation.

Kundalini is associated with Adi Parashakthi, the Supreme Being in Shaktism, and Goddess Bhairavi or Parvathi.

It was adopted into Hatha Yoga in the 11th Century and has since then been adopted into other forms of Hinduism as well as modern spirituality.

Mystery of the Chakras 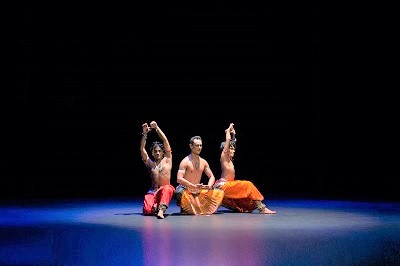 The human body comprises seven Chakras that are the circular vortexes of energy placed in seven different points on the spinal column. All the seven Chakras are connected to various organs and glands within the body and are responsible for disturbing the life energy, which is known as ‘Prana.’

Dr Goraya said that the vital life force (Prana) is the means by which the subtle and the gross bodies in human organism are connected. It activates all the systems in the body, including the nervous system to help them work together in harmony.

“Prana is distributed throughout the body by Nadis (channels of energy). The whole process of spiritual growth is made possible by Prana and Nadis. According to Tantras, there are 14 principal Nadis. Of these, Ida, Pingala and Sushumna are considered to be the most important,” he said.

According to Dr Goraya, the main purpose of Chakra meditation is to make the Chakra inactive by arousing the upward flow of Kundalini energy.

“The influence of the five elements on the first five Chakras is depicted in the illustration of each Chakra by the particular shape (Yantra) of that element,” he said.

“Traditionally, each Chakra is seen in the form of a Lotus – a circle around the Yantra, surrounded by a particular number of petals. The petals are the seats of mental modifications (Vritties) and connected desires. Mental modifications are a mode of our being and are maintained by sense functioning. All Vritties do not work all the time but some Vritti is always occupying the mind. The lotus petals are normally pointing downward, causing energy to flow down, but when the Kundalini Shakti rises, the petals go upward like a blossoming lotus. This upward movement of the petals blocks the downward flow of energy and acts like a lock.”

A Melbourne based Odissi dancer who has many years of performance and production experience, Dr Sam Goraya produces powerful performances that invoke the latent energy that resides within the human system.

His works are confined to themes that are spiritually uplifting and possibly use  consciousness concepts which are highly complex in nature and, at times, difficult to comprehend. He always attempts to present these concepts with care and clarity, using Odissi as the medium of expression.