But we should get the facts right

New Zealand First MP and Forestry Minister Shane Jones has been the subject of discussion and discard by some members of the Indian community at social gatherings and on media posts.

What he implied was probably less hurting than how he said it: advising Indians who did not agree with New Zealand’s immigration policy to take the next flight home.

That was more than three weeks ago. Since then, many community leaders and politicians have condemned him as a ‘racist.’ In telephone conversations with this reporter, some have used words that cannot be repeated nor printed.

The outburst of emotions was palpable.

As we mentioned in our Leader that appears alongside this piece, we do not expect a Minister of the Crown to be as loose-tongued as Mr Jones. He could have chosen his words more carefully but asserted that New Zealand, like any other sovereign country, has the right to determine, define and defend its policies. 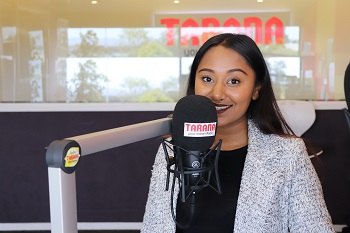 There is much less conversational and social racial tension in New Zealand now than there was 50 years ago. That is partly because several cultures have grown together. It also owes much precisely to exquisite sensitivity of modern New Zealanders to racial overtones in language and gesture.

This is, as the Economist said, “in contrast to many Europeans, who are currently having a miserable time because they haven’t developed good radar for this kind of thing, and frequently find themselves offending each other with embarrassingly stupid stuff.”

Ironically, people of Indian origin should understand racial overtones better than most others because of the perennial preconisation of domination of one race over another- up until at least the mid-1990s when economic reforms led to cross-border migration in India and  apartheid ended in South Africa. There is less tension on such grounds although the social exclusion based on religion and language persists.

The condemnation of Mr Jones is a sort of ‘reverse racism.’

The question that should be debated is whether this so-called reverse racism is as harmful as the more conventional sort of racism, which, of course, it is not. But the defeat of one false equivalence does not sanctify the practice.

Belittling, totalising comments about a people based on their skin colour is still a facile, unhelpfully tribal and meaninglessly antagonistic practice, even if a shameful history of systemic oppression does not lurk behind it.

Which leads me to discuss the three-hour talkback show hosted by Vandhna Bhan on Radio Tarana on Sunday, November 10, 2019.

The young host had done her research well and conducted the programme with inimitable dignity and balance. She repeatedly asked callers and other listeners if they were not taking Mr Jones out of his own context.

Two National MPs made most of the situation, but their Leader Simon Bridges was more pragmatic. “Let us not give Mr Jones any more importance. Let us ignore him and carry on,” he said and a few callers agreed.

Perhaps the best part of the Programme was the comments by Roopa Suchdev, who runs ‘Roopa Aur Aap,’ a counselling service that helps victims of family violence.

“We come across many helpless women who are victimised by their husbands and in-laws soon after they arrive from India. Some of them are beaten up and somehow get to us for help. We have seen that not all arranged marriages work; women become victims and Immigration New Zealand must exercise greater control,” she said.

Back to Mr Jones, a much more sensible position would be to say that reverse racism can exist but that it is rare in comparison to examples of racism against historically marginalised groups and almost always less harmful. That would allow for some people to continue in their project of calling out oppression without having to construct convoluted justifications for thoughtless statements like that of the New Zealand First MP. This is more than an esoteric academic debate.

Then there is the issue of freedom of speech. As we have mentioned in our Leader, democracy is founded on the proposition that people can govern themselves, and well-informed self-governance is impossible in an atmosphere where members of the press are excoriated for doing their jobs or where controversial ideas are subject to punishment.

Modern genetics has shown the error of their ways. Systematic genetic differences between people from different parts of the world, though they exist, are small compared with variations between people from the same place. The visible differences, such as skin colour, are the result of a mere handful of genes. Under the skin, humanity is remarkably homogenous.

Racism, however, is ubiquitous. It is not only white Caucasians (whatever that term means) who are guilty of it. That has led to another biological hypothesis, that people are somehow ‘programmed’ to recognise race and be racist.

Racism is also often mixed with the concept of multiculturalism, which, according to some here and in the rest of the Western world, a fizzy doctrine.

Social policy reflects this multiculturalist attitude. To be sure, its implementation in New Zealand and elsewhere has sometimes been warped by racism, but in general, it has tried to enable our ethnic minorities to live and be educated as they like.

For some, multiculturalism is a problematic creed.

It is generally assumed that multiculturalism is the opposite of assimilation.

But for a society to be truly multicultural, some degree of assimilatory mixing is necessary; otherwise communities end up living not together but separately, divided rather than harmonious.