20 years ago New Zealand was a different place.

The economy was recovering from the 1997 Asian financial crisis, people were on high alert for the Y2K computer bug and rugby fans were mourning the All Blacks loss to France in the World Cup semi-final.

The fifth Labour Government had just taken office and was faced with rebuilding the country’s social services after nine years of neglect (this phrase may sounds familiar).

When we took office two years ago, we were also confronted with nine years of neglect – particularly in the country’s infrastructure.

You will remember news stories about mould and raw sewage in hospital walls, overcrowded school classrooms, a shortage of state housing, and roads that had been announced but not paid for. 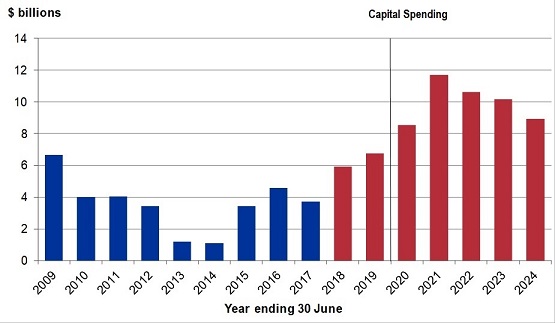 There were many problems in a range of different infrastructure around the country and it is taking time to repair the damage – but we are making good progress.

We have been doing this while also managing the Government’s accounts carefully, keeping public debt low and the books in surplus across the economic cycle.

It will not have escaped anyone’s attention that the global economy is facing challenging times.

Headwinds like the US-China trade war and uncertainty created by issues like Brexit are having an impact on confidence and activity around the world, including in New Zealand.

The good news is that New Zealand is in a strong position. Relatively, we are growing stronger, and forecast to grow stronger, than the countries we compare ourselves to.

Our unemployment rate is low – a full percent lower than Australia’s, and wages are rising – particularly for low and modest income earners.

This comes down to the strength of our businesses, and the investments that we are making as a Government to support the economy and working New Zealanders.

Since we have been in office, the interest rate on new long-term Government debt has more than halved so we now have a once in a generation opportunity to rebuild and invest for the future.

On December 11, 2019, I announced $12 billion of new capital investment to be spread a range of areas including transport, health, education, justice and climate change.

Of that 12 billion, $8 billion will go to specific projects and $4 billion to the Budget capital allowance which will be spread over four years.

This new investment is forecast to boost New Zealand’s economic growth by an extra $10 billion over five years – this will benefit everyone in New Zealand and that is why we are doing it.

We want New Zealand to grow and prosper with modern infrastructure that is fit for purpose, strong and resilient.

We are going to build a better New Zealand while also keeping debt down and running sustainable surpluses across the economic cycle.

We are doing this so that in 20 years’ time when a future Labour Finance Minister is writing an article for Indian Newslink 40th Anniversary Special issue, they can look back proudly on the work we are doing now to build a better New Zealand.

A new course for public accountability

He said that New Zealand has adopted a new approach that underscores its fiscal policy and ensure the progress and prosperity of people.

Describing the approach as the ‘Living Standards Framework,’ Mr Robertson said that the Wellbeing Budget that he presented to Parliament on May 30, 2019 was ‘the essential first step.’

“This is based around the Four Capitals, or Stocks of Wellbeing, Financial/Physical, Human, Natural and Social. Or, to put it into non economist speak- our money, our people, our environment and our communities,” he said.

Expanding his theme of ‘Four Capitals,’ Mr Robertson said that getting them in balance and harmony, strengthening them all now and into the future is the essence of wellbeing. 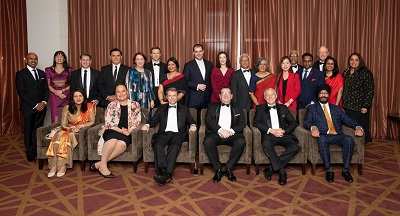 “And to back that up, the Framework has around 60 measures of Wellbeing. These range from the traditional such as levels of income, employment and home ownership, to the more subjective such as life satisfaction, connection to community and culture,” he said.

Mr Robertson said that in preparing the Budget, he had used the Framework to decide on priorities, with internal and external advice.

He defined Mental Health, Child Wellbeing, Addressing Disparities for Maori and Pacific peoples, Building a more productive nation and a Sustainable economy, in particular meeting the challenges and taking the opportunities related to climate change as the priorities of his government and Budget 2019.

“At each stage of the Budget process we focused on two important elements- how to break down the silos of government and what would have the biggest impact on future generations.

If there is one thing that will erode trust in government, it is the inability of government to work together,” he said.

Individuals do not wake up in the morning and think about each of the government departments they need to deal with, yet that is how we have been structured and organised, he said and cited Mental Health and Domestic Violence as examples.

Finance Minister Grant Robertson with other ministers, Auckland Mayor Phil Goff, MPs and some of our guests at the Ninth Annual Indian Newslink Lecture held on July 29, 2019 at Pullman Hotel, Auckland.