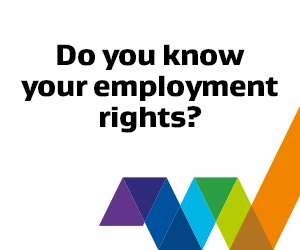 The Employment Relations Authority (ERA) has ordered Nekita Enterprises Limited, a business that operated a number of bottle stores across Canterbury, to pay $90,000 in penalties for breaching employment laws.

Its director, Harjit Singh has to personally pay a further $35,000 as a person responsible for the breaches.

The penalties are in addition to $21,390 that Nekita Enterprises has already paid out to four former employees in outstanding minimum wage and holiday pay entitlements.

Nekita Enterprises was established in 2002 and operated various bottle stores, including ten Super Liquor franchises. The business came to the attention of the Labour Inspectorate when a former employee contacted the Inspectorate alleging the employer paid less than the minimum wage and failed to keep accurate employment records.

The Inspectorate’s investigation found Nekita Enterprises operated a dual payroll system, in relation to four employees over four years, where only part of the employees’ hours were recorded and paid for via payroll.

The remaining hours were paid in cash at a reduced rate, meaning that the employees were not receiving at least the minimum wage for all the hours they worked. The employer also failed to keep accurate employment records for 59 employees.

The ERA found the breaches were deliberate and systemic and made in respect of vulnerable migrant employees who relied on their employer not only for their jobs and income but their right to reside in New Zealand.  While Harjit Singh maintained at the hearing that he did not know that the dual payment system was operating, the ERA was unconvinced and found he was involved in the breaches.

Retail Sector Strategy Lead at Ministry of Business, Innovation and Employment (MBIE) said that the Labour Inspectorate is disappointed by non-compliance in the Liquor retail sector which has been a focus for the Inspectorate as part of the Ministry’s retail sector strategy.

“We have also been engaging with key players in the sector such as franchisors and liquor licencing authorities. We are pleased that Super Liquor has exited the stores run by Nekita Enterprises from their brand and taken steps to better monitor compliance within their franchise network. This case shows that exploitation is not a sustainable business model. Personal liability means the individual responsible for the exploitation will be liable for penalties even if they close their business,” she said.

Ms Ward said that in addition to the financial costs of breaching the law, employers should think of the reputational damage to their brand.

Nekita Enterprises requested non-publication of the ERA’s investigation meeting, a request that was declined by the ERA.

“The Inspectorate believes that it is in the public interest to know when employers knowingly exploit their employees, so that workers, consumers and suppliers can make an informed decision when dealing with such businesses. The Labour Inspectorate encourages anyone concerned about their employment situation or the situation of someone they know phone the Ministry’s service centre on 0800-209020 where concerns are handled in a safe environment,” Ms Ward said.

The above story has been sponsored by