AI needs sagacious use and moderation

I moved to New Zealand in 2004 to attend University and vividly recall that none of my classmates used to have smart phones then.

Many of us used to have digital mobile phones such as the Nokia 3310, which we used to stay connected with friends and family.

This was also the time when social media was starting to evolve.

As a youngster, using social media was a learning experience to start connecting with people whom you have known, however have lost touch with due to distance.

Over time, technology evolved to expand the scope and extent of social media. Innovation and digital technology have made it easier for all of us to not only communicate but also be informed through audio and visual.

Fifteen years ago, I had to pay almost a $1 a minute for a phone call but today, social media enables us to make video and audio calls free of charge. 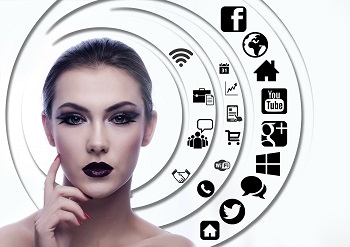 Each of us faces challenges every day that affect our mental health.

Governments across the world have recognised this and invested on research, study, consultancy and treatment. As well as younger members of the society, mental health issues affect migrant workers and international students who are usually away from their families and friends.

I believe that one of the easiest ways to stay mentally healthy is to stay connected to people you trust. Smart phones and digital technology has made it possible to talk, share images and exchange information instantly throughout the world.

A majority of us currently use social media for engagement peacefully and usefully.

However, there are and have been some people who use it with malicious intent.

This was evident after the Christchurch massacre on March 15, 2019 and during a recent judicial trial at which malevolent users of social media disclosed information on the convict, despite a court ban.

Technology has evolved at an unimaginable pace. By 2025, the world will process more than 175 zettabytes (ZB) of data (one ZB is one trillion gigabytes) and 2030, there will be 50 billion connected devices.

Internet has become an intrinsic part of our lives and we as users need to strike a balance between our rights and responsibilities.

I am sure that Government and industry will do their best to strengthen legislation and improve technical tools to prevent such behaviour.

Industry understands the need to balance its growth with guardianship, along with the need to create and maintain trust amongst its users and adhere to their corporate social responsibilities.

However, neither Governments nor industry can prevent malicious usage, unless we as people and end users feel equally responsible.

Technology has simplified our lives by providing us tools such as maps that create consumer surplus in terms of time and resources that can be utilised elsewhere, or have helped narrow down the geographical area of a viral disease so that health authorities can work on its isolation and elimination.

We are now reading about implementation of artificial intelligence technology towards tackling issues of climate change.

There is a huge opportunity before all of us to apply technology for better economic, social and environmental outcomes; provided we avail this opportunity responsibly.

Media organisations such as Indian Newslink and its leadership are role models to learn on how to maintain a balance between responsibility and freedom of choice, particularly for many of us in the millennial generation.